Close
Ontario has travel restrictions in place until November 5, 2020

The content on this site should be used for inspiration and future planning only. Please stay home, stay safe, and limit contact with those outside your immediate household. Please consider supporting Ontario businesses by ordering delivery, take out or gift certificates for future experiences - they need your support. For recommendations and updates, please visit the Ontario COVID Resource center.

Foraging season has officially begun in Ontario — and one of the first edible things to pop it’s head above the dirt is the ramp.

Ramps are essentially a wild onion that pop-ups during the spring across Eastern Canada. They’re sometimes called wild leeks, and taste like a sharp but harmonious mix of garlic and onion. Once pulled from the ground, they’re pungent to say the least. Seasoned foragers know to keep the windows of their cars open and the fresh bulbs wrapped tight on transport.

So where do you find these allusive, stinky, beautiful bulbs? They often call Ontario’s maple and mixed wood forests home. Look for patches of fertile dirt among protruding patches of Boreal shield. Since they’re one of the first greens to appear, their broad, green leaves are easy to spot among the brown leaf litter. 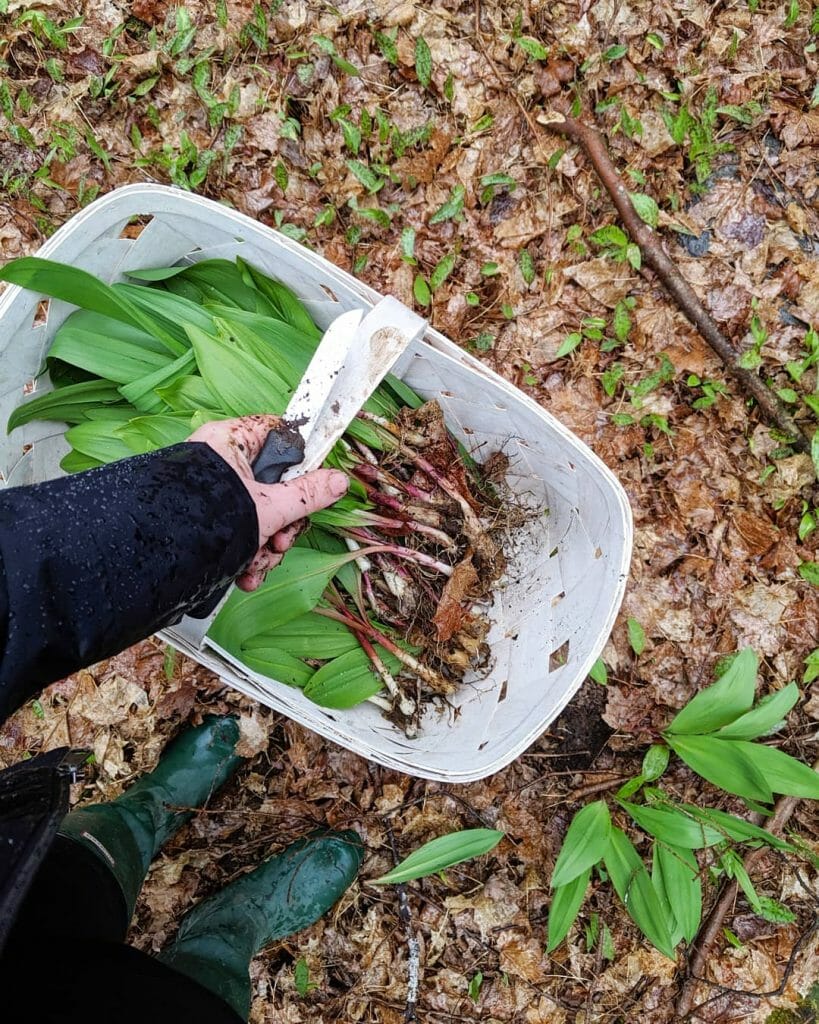 Their celebrated flavour and cult-like popularity comes at a great cost. Over harvesting is a serious problem in Ontario and over the years they have suffered significant habitat loss. It is so important to take care when harvesting this precious taste of Ontario’s woodlands. Only remove a 10% of a patch, however sprawling it may seem, per year and rotate the area you harvest from.

According to Forbes Wild Foods, Ontario’s leading experts on foraging, the ramps “life cycle is roughly seven years, from when a seed sprouts, to when the plant can produce its own seed, add to that, it can take two years for seeds to generate making the life cycle of wild leeks nearly a decade long.”

It’s tempting to return to your favorite spots year after year, especially since they’re so hard to find; we know. However, to ensure to survival and proliferation of this wild edible, harvesting needs to be controlled.

If you’re not harvesting your own, be sure to purchase wild leeks from a reputable source that is open about where the leeks come from, who is picking and what they do to ensure their harvest is sustainable.

Looking for more stories and guides on foraging? Check out our Edible Timeline!

You Should Be Eating Japanese Knot Weed