Close
Ontario has travel restrictions in place until November 5, 2020

The content on this site should be used for inspiration and future planning only. Please stay home, stay safe, and limit contact with those outside your immediate household. Please consider supporting Ontario businesses by ordering delivery, take out or gift certificates for future experiences - they need your support. For recommendations and updates, please visit the Ontario COVID Resource center.

At this time of year, we hear a lot about foraging and eating wild foods. Folks get excited about the first green sprouts out of the ground and they go a little nuts.

So nuts, in fact, that foraging for things like wild leeks (also called ramps) and fiddleheads is becoming a problem. People are wiping woodlands clean and mucking up the area while they’re at it. It’s one of the reasons we’re constantly preaching sustainable foraging.

One of the best options for foraging fiends concerned about our fragile ecosystem is to forage for abundant, invasive species like garlic mustard, day lillies or our current favorite, Japanese knot weed.

Japanese knot weed has a rather infamous reputation. Look through the online literature, and you”ll see it described as thuggish, ferocious, rapacious, and an ?indestructible scourge.? It’s currently reeking havoc on our wetlands and gullies.

This ‘scourge’ is particularly difficult to control. It has really a wide-ranging root system, which can extend up to 3m in depth and 7m in all directions. Sure, the industrious person could dig it all up, but it regenerates in full if even a bit of the root system is left intact.

Despite its bad rap, Japanese Knot weed is a great source of flavour. After all, eating it is a great way to curtail its spread, but for those unfamiliar with this plant, that can be intimidating.

To begin with, not all parts of the plant are edible (as with rhubarb) and they are only edible at a certain time of the year. The shoots are what you’re looking for, but they have to be gathered before the stems become hard and woody. The ideal time to eat knot weed is mid-April to May. 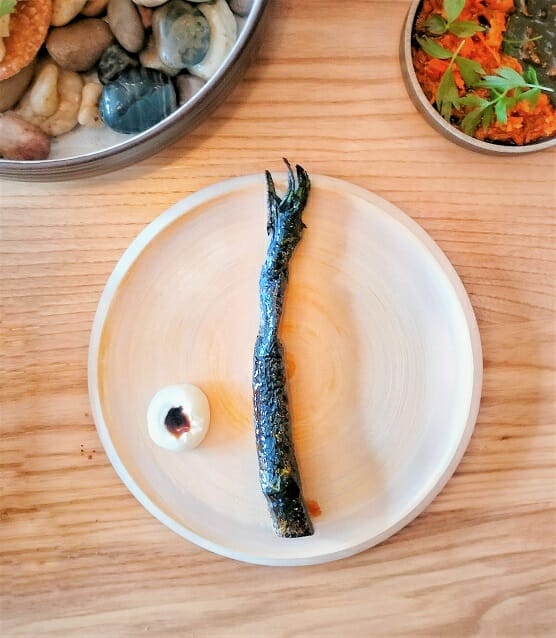 Japanese knotweed shoots can be eaten raw and have a lovely sour taste similar to rhubarb. Ideally though, you’d cook them in a similar fashion. Think knotweed and strawberry pie, vanilla knotweed reserves or even a knotweed shrub for cocktails. We’ve even come across creative uses like this knot weed hummus.

Here’s a simple recipe, one of our favorites, tried-and-true, for all you knotweed novices.

You Should Be Eating Japanese Knot Weed

At this time of year, we hear a lot about foraging and eating wild foods. Folks get excited about the […]